Lyme disease is an infection caused by a bacteria called Borrelia Burgdorferi. It is a stealth-like infection that can go undetected for years. Lyme is often undiagnosed or misdiagnosed because testing is poor and its symptoms mimic so many other diseases. Most people who get Lyme never see a tick. They never get the classic bulls-eye rash which only 25% of infections produce. I never saw a tick and didn’t have initial symptoms. Imagine my surprise when I got a diagnosis of Lyme disease.

Not Everything is Stress

In August of 2009 when my primary doctor called me with my test results she said, “Your Lyme test is positive but I think it’s a false positive! I’m pretty sure you don’t have Lyme.”  When I asked what she thought I had, she told me that I was really just under a lot of stress “because after all,” she said, “you are a stay-at-home mom, and just had your 4th baby and well, you are homeschooling.”  Arghhh!

“You Don’t Have Lyme, You’re Just Stressed Out”

I’m pretty sure fumes came out of my ears, you know like in those cartoons from long ago! How frustrating and demeaning. I was scared and sick, needing answers. I had already been told by a number of doctors that I was just stressed out. I think that must be what they tell you when they don’t know what to tell you. 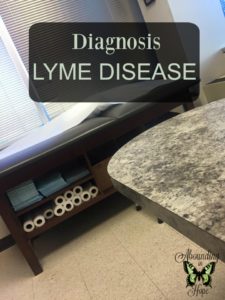 I didn’t accept her answer and politely told her that I didn’t appreciate her diagnosis. She suggested that I see a doctor down the hall for a second opinion. She said that this doctor was seeing a lot of patients who had Lyme and that she could tell me for sure.

I was transferred to the front desk where I made another appointment but this time with the doctor down the hall.

When the day came I drove myself back to the doctor’s office and waited patiently for my appointment. I ended up waiting an hour to see this doctor.  When it was my turn I walked down the hall, did the weight and height thing, gave the nurse the run down and waited some more.

Finally, the doctor came in, asked me a whole slew of questions, did the evaluation and then proceeded to look through my lab results. “Yep!” She said, “You have Lyme, and from the antibody results you are chronic.”  “Ok!  So what does that mean?” I asked.

She told me that I had a Lyme infection and because it wasn’t caught early it’s now chronic. She told me I’ve had it for some time but she thought she could get me better in 4 months.

I was thrilled that I had a diagnosis and even more thrilled that I’d be better in 4 months. I’m not crazy, I’m not stressed and apparently, I’m not allergic to my kids. I was actually so excited as I walked out of there. I had a real diagnosis, a real reason for all the debilitating symptoms.

I had no idea what Lyme Disease was or what I was in for. I had two prescriptions for antibiotics that I had to start right away. The research junkie inside of me wanted to learn everything I could about my new diagnosis. 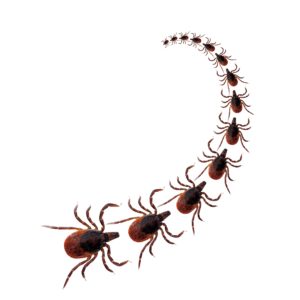 At that point in time, reading comprehension was a very difficult task but I went to the library anyway and checked out an armload of books.  Yes, there are still libraries and real paper books and I LOVE them both!  I get that from my Dad.

I read about Lyme disease from a scientist whose information went way over my head.

I read about it from Paula Murray‘s book The Widening Circle. She was the woman in Lyme Connecticut who first noticed that so many in her town were getting ill with the same thing.  She believed there had to be a connection. She called in the CDC and eventually, Lyme disease was named after this town in Connecticut named Lyme.

I read online about Lyme and I contacted a friend of a friend who had Lyme.

What I came away with was despair. No one was getting better, people online were talking about how they had been severely ill with it for 10 or 20 years. They were still sick after losing all their money, their house, their job, and their marriage.  They went everywhere in the country to every clinic and well-known Lyme doctor and yet they were still sick. I became depressed. 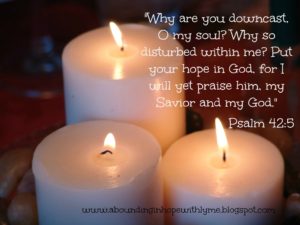 I didn’t want to be that person who traveled all over the country to see every doctor who claimed they had “the” cure for Lyme Disease. So, my husband and I prayed a lot for wisdom and direction and for healing.

I was still hurting, my mind still wasn’t working well, I was fatigued and I was pushing myself so hard to be a normal wife and mom, trying to keep up but I wasn’t doing it very well.

The antibiotics made me so incredibly sick, and so I was sick with Lyme and I was sick because of the medicine.

My poor husband would be at work and then have to comfort me when I called him crying and telling him I didn’t know how to go to the grocery store. He’d then come home to help with dinner and to help the kids through the school lessons that I couldn’t make sense of.  He deserves “Hero of the Year” award for sure!

Waiting on the Lord

Almost 6 years now after that diagnosis I am thankful that we proceeded the way we did. We tried to be faithful with what God was giving us and go in the direction he was leading us. Sometimes that means being patient when you don’t want to be. Sometimes that means enduring the hardship, pain, and suffering and waiting on the Lord.

There are huge gaps in my story that I’ll fill in later but to give you hope, we are doing better than we have in years. We found a new doctor who we’ve been seeing for a year now and he has made such a huge difference for us in our healing.

We’re not completely well, we have minor relapses, but once again we have hope.

If you’re just finding out you have Lyme, hang in there.  Try to learn about Lyme and the different treatment protocols. Pray for wisdom as you choose which is best for you. It always helps to seek out someone who has been walking the Lyme road.

Remember to look for ILADS trained Lyme Literate physicians or at least a physician who believes that Lyme is a chronic disease as well as the many co-infections that go along with the infection.

Understand that chronic Lyme can set off a huge inflammatory response throughout your body causing secondary problems that will also need to be addressed.  For more information about Lyme head over to Lyme Disease, What It Is and Why You Should Care.

After a few years of treatment with homeopathy, my entire family and I recovered from Lyme and co-infections. Each one of us recovered differently and it took each of us a different amount of time.